The leaders of the Democratic and Republican parties share a belief that the institutions of corporate capitalism are America. The institutions are like well-worn buildings with deep metaphysical foundations.

The vast majority of people are ephemeral. We are temporary. We are moved through some of the buildings, and not others, or sometimes denied entry to all of them, by forces over which we have little to no control. We are separated from those who guard the institutions and who are allowed to traverse them at will. We are told that this separation represents the “free” part of free market.

The Republicans work assiduously to make sure the majority of people have as little access to the buildings as possible. The Democrats decry this exclusion and then spend years debating whether they should open a small room in one of the outer structures. Neither question the origins, or supposed immortality, of the buildings themselves.

The leadership of both parties believe that institutions of finance are eternal – they precede us and will outlast us. When the Big Bang occurred, out flew leptons, quarks and free-market capitalism. But the masses are eternal only as an abstraction; collectively we are viewed as an endless shuffle of easily replaceable parts.

The Republicans delight in taking billions of dollars from the many in order to enlarge and embellish buildings most people will never be allowed to enter. Republicans imagine themselves as the reincarnation of Khufu, the Egyptian pharaoh who subjugated tens of thousands to build the Great Pyramid. The Democrats have the same goals, but they are convinced they’re the new Plato, aligning the masses with the Truth of neo-liberal capitalism.

Plato was a philosopher in ancient Greece who believed that an ideal society should be ruled by an extremely small, select group of Philosophers who were capable of understanding metaphysical Truths embodied in what he called the Forms and the Good. Philosophers should be kings.

The vast majority of people had no philosophical abilities. No matter how much they learned and studied, they would never become Philosophers, and shouldn’t attempt to do so. Plato, didn’t hate the people, he simply didn’t care much about them. They were his version of the endless shuffle – an indistinct gray mass which needed to be directed and constrained.

Through their Platonic prism, Biden, Pelosi, and Schumer aren’t blindly attached to a deadened, morally bankrupt, economic system which has been a cudgel of marginalization and pain throughout history. Instead, they’re 21st century Philosopher-Kings, excreting the Truth of wealth, opportunity, and free-markets onto the masses.

One of the methods by which Plato’s Philosophers pacified the many to accept their place in society was through what is now called either The Myth of the Metals, or The Noble Lie.

Plato believed that the people should be told a story that they are all born from the earth. Some are born with gold in them (philosophers), some with silver (soldiers), and some with iron (the masses).  An individual’s place in society was determined by innate attributes and limitations present at birth. In Plato’s ideal society, inherent inequalities in philosophical capacity result in a rigid, hierarchical society.

Economic inequality now serves the same purpose as Plato’s philosophical disparities. Capitalism sorts out the masses. There can be no “winners” without “losers.” Financial stratifications allow political leaders to point to wealth as a reflection of innate differences in intellect and work ethic.

Free-market capitalism is premised on the claim that “everyone has the qualities to succeed” while at the same time its resultant inequalities are rationalized as “nothing wrong with the system, must be something lacking in the people.”

The Capitalist Noble Lie has transformed capitalism from historical effect into metaphysical certainty. The ravages of plunder and conquest out of which capitalism emerged, and the structural inequalities which maintain it, disappear into the conviction that neo-liberalsim, like the Forms, was “always there,” in its perfection, waiting to be revealed. The forces which direct, and limit, access to the buildings of capitalism are subsumed into a glorification of the buildings themselves.

The Capitalist Noble Lie is a torrent of water inundating desert sands. It moves in unexpected directions, forming intertwined tributaries as it covers, and drowns, all that is beneath it. The river is self-maintaining; it thrives by re-interpreting, mocking, or pushing aside, any attempts to divert its course.

For Democrats, the free-market is a manifestation of a Truth which they will not allow to be challenged. Any small amelioration of the effects of capitalism must never fundamentally alter the system itself.

One political party revels in force, the other claims knowledge. But they both end up in the same place.

The certitude of Truth is far more dangerous than the love of power. Once Truth is invoked, the poor are no longer subjugated; they become the flawed discards of a race to enlightenment.

It is difficult to argue individuals out of their metaphysics. You can’t point to the actual lives of the majority of people because capitalism-as-Truth isn’t negotiable. The effects of neo-liberalism will only dissipate when we take power away from Plato and the Pharaohs. 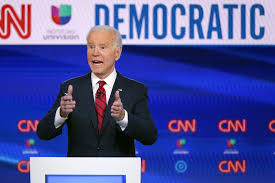 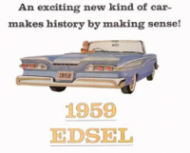