The pre-amble to the Declaration of Independence begins with the phrase “we hold these truths to be self-evident.” This early promise of an America which accurately mirrors widely agreed-upon fundamental principles looks nothing like our current politics. “Self-evident truths” have not resulted in shared agreement; instead claims of their existence have led to a cauldron of polemical contestations. Why did this happen? 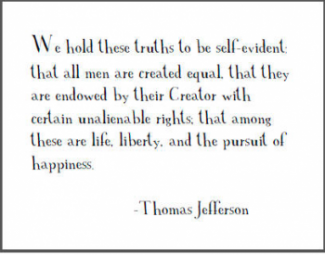 Though the Declaration’s assertion of “self-evident truths” was strategically useful in fomenting and justifying the American Revolution, attempting to use these truths as a basis for governance has proven to be very unstable and highly contentious. This instability is not caused by the lack of reason in any particular subset of the population; it will not be resolved by repeatedly calling into question the rationality of those on the other side of an issue.

The existence of self-evident truths has never been self-evident. They were the effect of a long philosophical lineage, emerging in the 17th century as both political theory and revolutionary strategy. The founding fathers had access to a wide range of political philosophy texts. The Declaration of Independence reads as a concise summation of English theorist John Locke’s Second Treatise of Government, written in 1690. In Locke’s text, fundamental principles he called “natural laws” function well abstractly, but falter when people attempt to implement them.

In Lockean theory, a hypothetical pre-governmental society (a “state of nature”) starts out stable and harmonious with almost all people understanding Natural Law. But Locke wasn’t content with asserting that people know these laws; he also believed that individuals had the right to execute them – to apply them. While asserting that most people would be objective in these applications – almost all are endowed with the rationality required to perceive natural laws – Locke also acknowledged that individuals who were “party to a dispute” would be partial in their own case. This is where his – and our – problems begin.

To Locke, “party to a dispute” is the crucial factor which impinges on our ability to be objective. Though, at the beginning of his treatise, being a “party” is limited to the few individuals who are materially affected by a dispute, unresolvable disagreements become wide-spread and his state of nature descends into a state of war. Locke doesn’t explicitly tell us why this occurs.

Locke believed that by limiting the subjective aspects of applying natural laws to those who were “party to a dispute, ” impartial outcomes would emerge from those not directly affected by the contested issue. But this doesn’t happen in his text or in our politics. Why not?

Consider the following hypothetical situation: You receive a speeding ticket while driving to work. You enter your workplace enraged, recounting to everyone how you were mistreated by the police and, perhaps, you throw in a few charges of tyranny. Your co-workers calmly reply that you are too closely tied to the situation and far too emotional; that what the police did was a perfectly reasonable enforcement of necessary laws. In Locke’s formulation, you should rely on the objectivity of your co-workers over your own since they were not directly affected by the outcome. Though you are convinced of your own position, you are too personally and materially connected to be objective.

Let’s expand the hypothetical. In further conversations you discover that almost all your co-workers supported the office manager when he implemented a number of strict rules regarding proper attire, lunch breaks, and acceptable coffee mugs. In their responses to you, many indicated your complaints of maltreatment must be false, repeating the phrase “the police would never do such a thing.”

These individuals conform to Locke’s strict criteria in terms of not being a “party to the dispute, but their objectivity is uncertain. Perhaps their judgments are based on objective, analytical examinations of the specific details surrounding your ticket; or perhaps they come to the discussion pre-disposed to believe strongly in authority, stability, and rules, and only think they are being objective. Would you be able to tell the difference with any degree of certainty? Would they?

In our current politics the kinds of bounded, material disputes Locke envisioned have been overlaid with contentious disagreements over the larger concepts (freedom, equality, justice, etc.) the disputes are believed to represent. We are all a party to these kinds of conflicts; they are no longer about specifics but, rather, what the specifics signify.

We remain prisoners of the promises offered by the Declaration of Independence, but our politics functions within the uncertainty between knowledge and perspective. We want to believe in the existence of self-evident truths, but have little idea how to determine their content or shape a society around them.

Once Locke acknowledged the subjectivity of implementation, he could never return to the objectivity of natural law he had first relied on. Neither can we. 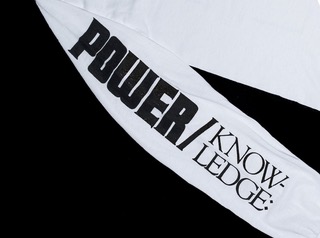 There has been a continuous clamor from the broad swath of political commentators lamenting the disappearance of Truth and Facts in our political discourse. Much of this critique is aimed at the Right generally, Trump supporters in particular, and is always accompanied by some form of eye-rolling exasperation. But, as often happens, the polemics over “alternative facts” have obscured any consideration of the ways in which “truth” and “facts” actually function in our politics.

The Right has correctly perceived that politics is not the direct application of empirical facts to governmental policies. The programs and policies which impact individuals are often an amalgamation of facts, the interpretations of those facts and the political usages of those interpretations. The connections between empirical data and political implementation are highly malleable, often vague, and occasionally non-existent.

The malleability of the connections between social/economic facts and their political applications does not signify the death of facts themselves; it is an effect of the complexity of the issues being argued. Complex webs of facts cannot be easily mapped onto equally complex webs of political and economic relations. The more multi-faceted the issue being discussed, the greater the necessity for strategies of implementation, and the interpretations which support them.

The mistake of the Right is to view malleability as a sign that empirical facts no longer exist, that any evidentiary-based argument is false on its face. This misunderstanding is why some on the Right pursue dissimulation of crowd size with the same fervor as interpretations of social and economic policy.

Both the Left and the Right ignore the effects of social complexity on the politics of factual claims. As complexity increases, a point may be reached in which the facts are no longer discernible from the political battles over the meanings attached to them. The political theorist Murray Edelman noted, “political developments and the language that describes them are ambiguous because the aspects of event, leaders, and policies that most decisively affect current and future well-being are uncertain, unknowable, and the focus of disputed claims and competing symbols.”

‘A fact is always embedded in a theory and has to be interpreted.’
Murray Edelman

In Edelman’s view “political language is political reality; there is no other so far as the meaning of events to actors and spectators is concerned.” All “truth” is that which “actors and spectators” – all of us – experience as we attempt to make our way through a political world in which “the critical element…for advantage is the creation of meaning.”

The embedding of a fact in a theory is not its disappearance; it is a necessary element of implementation. For empirical “facts,” such as those pointing to economic inequality, to be politically useful they must be woven into an existing tapestry of “justice” and “fairness.” Politics is a series of battles in which all sides struggle to re-shape the tapestry and give meaning to the facts.

By decrying the very existence of facts, the Right has absented itself from the battles over their meaning. Progressives need to seize this opportunity. Continuing to present analyses and evidence to verify the existence of a particular set of facts is not sufficient; decrying those who don’t see those facts as being naïve is not a politics.

Social movements are not simply trains running along the tracks of facts. Progressives must transform their most cherished “facts” into politically useful tools. The struggle for social change isn’t determined by the “truth,” but by the battles over its meaning.